[update: Despite its using an absurd quantity of resources, I'm letting Mesh finish syncing 13GB of stuff in a small folder. Moe.exe is using 170MB of RAM, but it's actually really working.]
[update 2: Mesh has copied 9GB in about 4 hours, for about 600kb/sec. That's about 10% utilization of my 802.11n network.]
I rebooted my laptop and Windows Live Mesh started syncing.

The amazing thing is that it's doing as many as 500,000 context switches/sec (no idea that was possible), and using most of my CPU (on a dual-core machine). So mostly the computer is running at "slow" speed while it's going.
This is on a 2.53GHz Core 2 Duo. I just had no idea copying files over a network took this many resources. 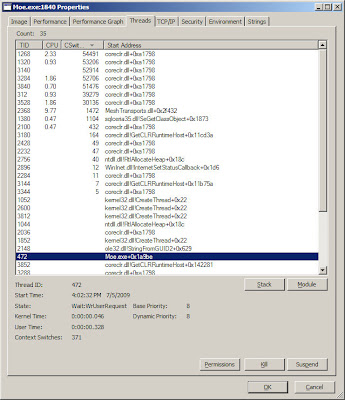 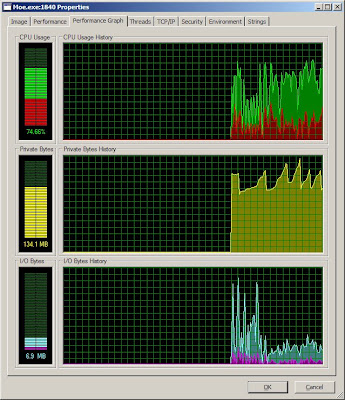 And finally, here's some more evidence of what's going on. This thing is actually writing data to disk 41 bytes at a time. That is just an insane amount of work for the kernel to do, and very unnecessary... 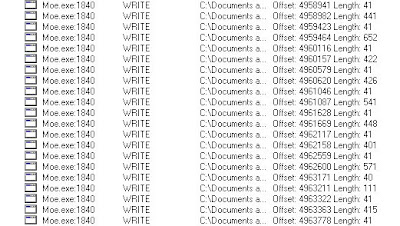